The project is not only about the organization itself, but also about the long preparation

Hi, our names are Denis, Diana and Denis and we have spent our last 6 days in Wisla, Poland trough the organization Youthfully Yours. We were participating in an training called „Supporting Youth in their Projects“ where we have leant how to organize a project and what everything we have to go through the process. 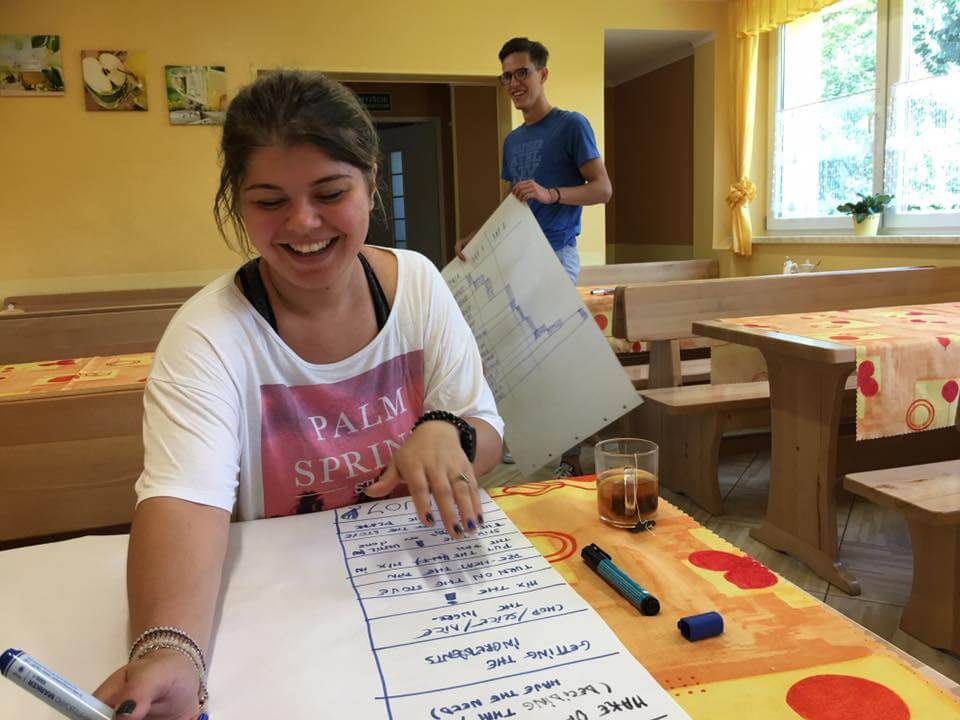 Besides us, the Slovaks, there were participants from other countries too: Croatia, Macedonia, Romania, Bulgaria and Poland. This gave us an opportunity to not only get to know people from other cultures better but also the customs and habits they have in a particular country. 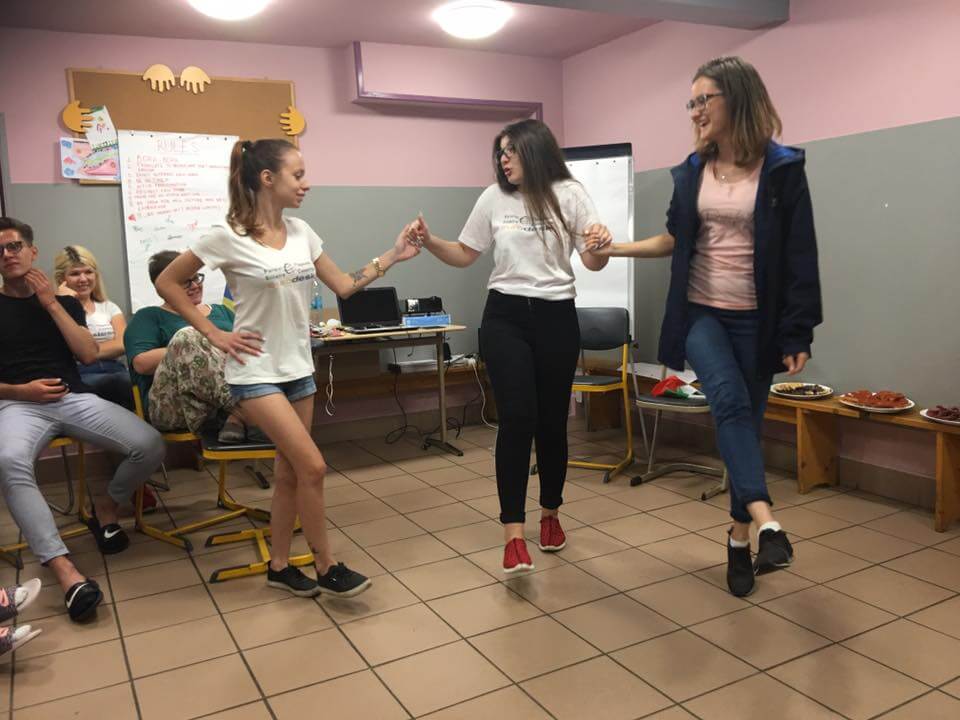 The training was organized by 2 experiences Polish trainers who taught us everything about the project from the beginning (preparations) until the end (closing the project). The whole training was in English. We discussed different methods that help with the preparations, solving of the problems and giving a feedback. 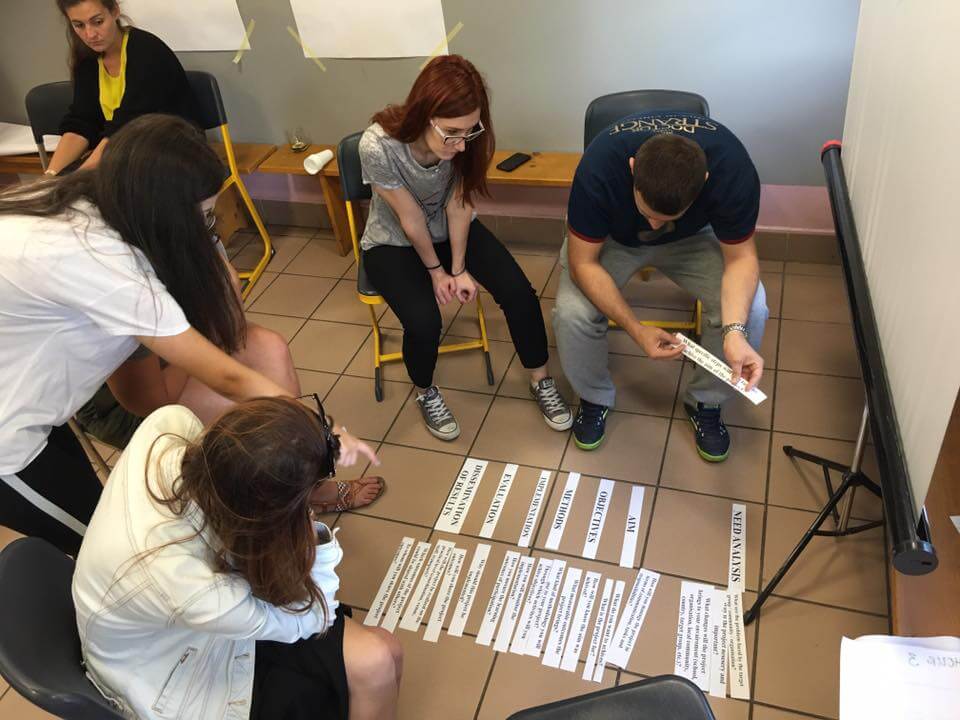 We did not get only theoretical know-how but also got a chance to work in a groups on our own projects that we later presented to the other participants.  We also did a lot of interesting activities and played some games that taught us how to solve a problem, getting to know the personalities of other members better and with the realization of the project. We had a lot of fun during the games. We got the opportunity to talk to the mayor of Wisla about young people and their engagement in the town which we later also visited in our free time. 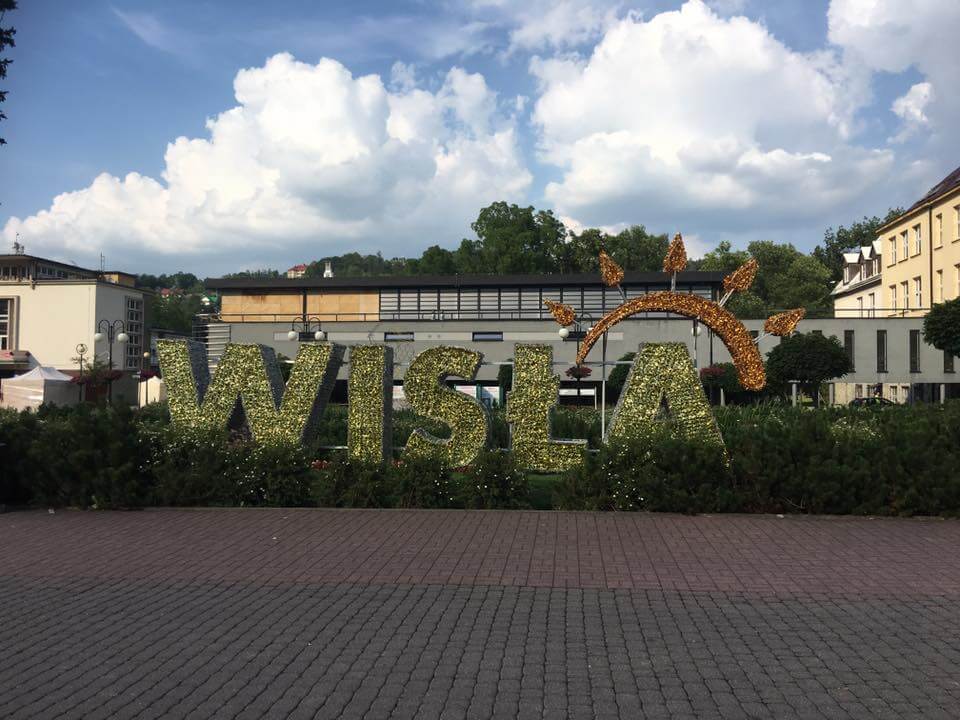 The memory of the Youth Exchange "Drama work experience 2" that took place in Greece during November 2021: "We start to discover new people around and also start to think more about things what we liked or what we don´t. We was divided to group of 5 and our mission was to create an interview with several Greek people and found out more about their opinion on the topic such a work and life in Greece. Do an interview was fun but exploring the city even more. We saw a lot of historic places and nice streets. At the very end I would like to thanks to all facilitators, participant´s, NGO´s and Erasmus + project´s to make this as a great experience to me. I hope I´ll visit Greece soon again, because there is much more to explore. Until then - Malaka. " ...

Thank you all for being with us this year! 🎄Have a sparkling New Year full of joy, adventures and unforgettable memories. Cheers darlings! 🥂
-Youthfully Yours SK ...

Remembrance of Training Course "Something in Common" which took place in Molfetta, Italy. Here is the summary of the project from our two Slovak participants: " The program consisted of discussions with other participants, presentations of organizations, learning about methods of working with young people, solving problems related to youth. The project, which lasted 5 days, brought us a lot of new knowledge, not only in the field of youth work, it also gave us a beautiful cultural experience - we visited a neighboring town, got to know Molfetta, got to know the cultures and customs of participants in other countries. We also learned in the field of youth work, learned new self-assessment techniques, and finally obtained a Youth Pass certificate."

Check out our current projects and the feedbacks of our previous ones on our webpage: https://youthfullyyours.sk/ ...

From 16th to 24th of September we had the opportunity to participate in this Erasmus + project consisting of 4 participants from Slovakia, which took place on the beautiful island of Cyprus in the city of Protaras. This mobility was focused on ecology and the problem of high youth unemployment across the whole EU. What are the thoughts of our Slovak participants? :" This project has enriched us with new knowledge and we are incredibly grateful for this experience. We had the opportunity to learn about new cultures, make long-term friendships and discover the beautiful island of Cyprus. We definitely recommend this opportunity - to represent our beautiful Slovakia on an international level to anyone interested and we thank Youthfully Yours for very nice communication and help in all fields. "

For more adventures like this and other opportunities check our web page: https://youthfullyyours.sk/ ...

how to develop leadership skills with rope techniques and outdoor activities? https://bit.ly/33XS0u7

Remembrance of Youth Exchange "Techworking" which took place in Spain this year. What is the feedback of our Slovak participants?: " Our experience with Erasmus + exceeded our expectations. The topic, which may not have been easy for us, was taken up and we managed it beyond our expectations. We saw a lot of new things, places and also met a lot of new people. We have formed new friendships, which I will definitely last for a long time afterwards. Each participant took something in the form of knowledge about other countries but also about Spain. We learned practical things about CV and also about the operation of the whole project. It helped me to look at the world from a different perspective and I definitely want to repeat this experience."

For more adventures like this and other opportunities check our web page: https://youthfullyyours.sk/ ...

Remembrance of the mobility of youth workers on Human Rights in Larnaca, Cyprus. What are the participants feelings from this project?:" We want to continue to spread the knowledge gained during the project in order to constantly remind the society the importance of the topic. We would like to thank YouthfullyYours for providing the opportunity and we firmly believe that we will have a chance to become a part of the other projects. "

👇 For more adventures like this and other opportunities check our web page: 👇
---- https://youthfullyyours.sk/ ----

Throwback to first days of the most challenging mobility of 2021 💪
https://bit.ly/3sybcZQ

🎁May the holiday season fill your home with joy, your heart with love, and your life with laughter.🎀

Erasmus +, what an incredible experience! Between 13–20 October2021, 7 countries such as Slovakia, Poland, Greece, Czech Republic, Estonia, Spain and Portugal took part in one of the Erasmus + projectscalled“Be The Change”, in beautiful Faro, Portugal. Our Slovak participants thoughts: " We made friends, we shared experiences, stories of our lives. We bounded strong friendships, we partied together! We had plenty of activities, workshops, games, dances, culturalnights, and other interesting non-formal activities. Weencourage everybody to participate and get out of their comfort zone." ...

The Training Course Sustainable Rural Cycle tourism - Development of rural areas through youth entrepreneurship in Cycle-tourism lasted only for one week but it has enriched our Slovak participants both, personally and professionally. The project was placed in a small town called l’Orxa. The main goal of the project was to intervene on the enhancement of local resources, starting from the training of new professional skills and the spread of a new mentality among young people. What was the feedback of our Slovak participants?: "Although from different countries with various backgrounds, we connected through open-mindedness and views about the future. Besides our Slovak team, we met youth workers from Spain, Italy, Slovenia, Bulgaria, Latvia, Portugal, Estonia and Romania. I would like to say a big THANK YOU to all the participants, organizers, and all the people that took care of us and Youthfully yours to get the opportunity to be part of the project.

Move it! Was a youth exchange program that focused on the importance of sports in everyday life. The participants were excited about teamwork and meeting with their peers from foreign countries. More information about the exchange is available on our website in the section "príbehy účastníkov"

Have you ever thought about volunteering abroad? Our Slovak participants started their volunteering journey in Finland. Global Light to Local Life project was mainly focused on helping and managing free time for children during the short winter days. The inner good was in preventing the young people from depression and finding shelter among their peers. And what is the feedback of our participants? : The whole project was one big, unforgettable adventure, which we strongly recommend to everyone, who thinks of participating in any volunteering project. ...

Youth into business was a virtual exchange project . Participants were educating themselves about business and their own business journeys. A mission was for each team to create a business plan on an unique idea. All the knowledge from this project will be relevant for participants' future business creating purposes, but also for open-mindedness and better acceptance in workspaces. 📉
You can find more information about the project on our website in section "Príbehy účastníkov". #youthfullyyourssk #virtualexchange ...